The Promises of Monsters: Report on the Inaugural “Monster Network” Conference in Stavanger (28–29 April, 2016) 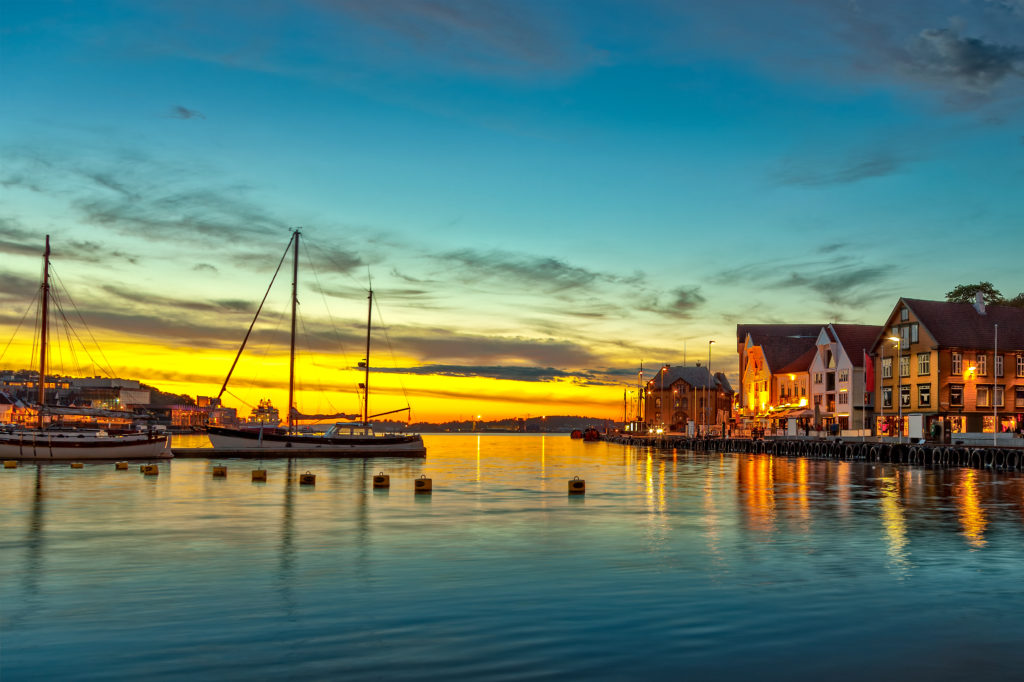 One cold April, in a clean, quiet town in Norway, a monster was born.

Though it sounds like the beginning of a fairy tale or a horror novel, it is actually the story of an academic conference: “Promises of Monsters”, at the University of Stavanger. The conference ran from 28–29 April, 2016, and marked the official launch of the Monster Network1. The network connects people with an interest in monsters at the concept of the monstrous, and encourages creative and critical engagements and collaborations among its members. Though it was originally founded by Ingvil Hellstrand (University of Stavanger), Line Henriksen (Linköping University), Aino-Kaisa Koistinen (University of Jyväskylä), Donna McCormack (University of Surrey / University of Bergen), Sara Orning (University of Oslo), the conference opened the floor to input from scholars, artists, and enthusiasts from all quarters. 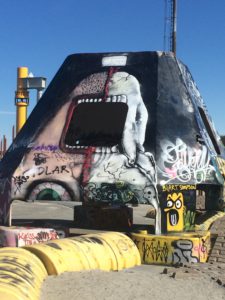 The first day of the conference opened with a keynote lecture from Margrit Shildrick, Professor of Gender and Knowledge Production at Linköping University, and Adjunct Professor of Critical Disability Studies at York University, Toronto. Shildrick challenged the delegates, particularly those presenting at the event, to think about “Visual Rhetorics and the Seductions of the Monstrous”. Essentially, she questioned the ethics of looking at the monstrous, even – or perhaps especially – to study it. Drawing on Jacques Derrida’s Right of Inspection (1999), a collaboration with Belgian photographer Marie-Franoise Plissart, Shildrick interrogated the scholar’s right to critique the monster, especially through visual media.

What’s at stake in visualisation? For one thing, a visual image fixes things. It holds them in time and place, and makes them real. Is this not a patronising instinct, or even a colonising one? Though the ethics of looking is already an important consideration when we are talking about fantastical monsters, it becomes absolutely vital when we turn to studies of disability or medical abnormality. How do we manage the unease we may feel in studying such images? Should we even try? In coming to terms with the monster ethically, Shildrick argued, we must do three things: 1) question our own parameters of identity, 2) accept the decentring of the human itself, 3) strive neither for recognition, nor absolute difference. Ethics requires us to stay with the monstrous, but stray from the visual. It is important that we not confine the monster to one form of expression, but that we let it speak and overflow.

And speak and overflow it did. The conference included a full schedule of presentations from numerous disciplines and backgrounds, by delegates from around the world. There were papers on art and science, cannibals and cuteness, plagiarism and performativity, archaeology and reality television – and of course on zombies, vampires, aliens, and Lovecraftian horrors. One special session, featuring organisers Ingvil Hellstrand, Aino-Kaisa Koistinen, and Sara Orning, introduced the conference’s non-Nordic delegates to the Swedish science-fiction show Äkta människor (Real Humans), which is gaining international recognition for its engagement with themes of the monstrous and the posthuman. Though interdisciplinary, these varied presentations were generally brought together by a shared framework in critical theory, with work by Derrida, Donna Haraway, and Jeffrey Jerome Cohen forming some of the most regularly cited cornerstones of the conference.

The form of the event was as monstrous as its focus. Breaking up the traditional keynotes and three-paper panels were roundtables, audio and visual art installations, a closing Q&A session with the conference organisers, and a public screening of Tove Kjellmark’s short film “Naked”, in which a qualified surgeon strips all the “fur” from a stuffed, animatronic panda. As Kjellmark explained in the discussion that followed the screening, the doctor who performed the “surgery” was incredibly unsettled by the experience, and the film, is extremely uncanny. In this and her other work, which includes film, sculpture, and mixed media installations, Kjellmark explores the boundaries between the human and the inhuman, and between the living and the artificial.

“Promises of Monsters” was also visited by The Blob, a conference-disrupting creature (and piece of collaborative performance art) created by Tove Salmgren and Anna Efraimsson. Presenters could choose to have their panels visited by the The Blob in various manifestations, ranging from very subtle – The Blob announces its presence at the beginning of a session – to very disruptive – The Blob rearranges the seminar room or transforms the presenters and listeners into monsters themselves. The Blob also mediated in the final Q&A session, where it accepted anonymous questions from the delegates and spit them back out again in random order to be answered by the group. 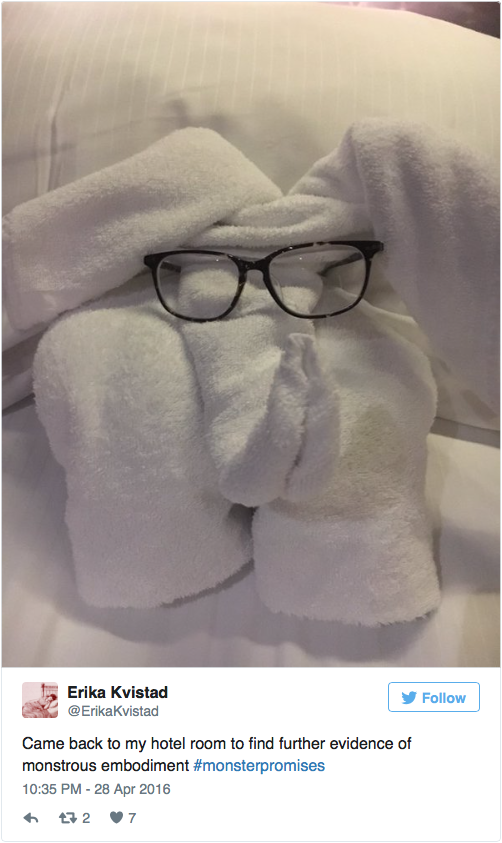 Surekha Davies, Assistant Professor of European History at Western Connecticut State University, delivered the conference’s second keynote, which complemented Shildrick’s argument about the power (and pitfalls) of visual media. Davies shared the results of her recently completed research into “Monstrous Geography, Environmental History, and the Invention of Race”, which can be consulted in more detail in her monograph Renaissance Ethnography and the Invention of the Human: New Worlds, Maps and Monsters. “How does geography reflect epistemology?” she asked.

Renaissance maps functioned as visualisation tools that shared European perceptions of the peoples of the Americas. There were different maps for mariners, laypeople, and scholars, but all included depictions of “monstrous” creatures or peoples, for the purpose of both ornamentation and instruction. The hotter, non-Western climates in particular were where these monsters could be located. Maps made the classical concept of “monstrous peoples”, deformed by nature, central to the fluid category of “the human”, and they did so by making the connections between geography, climate, and human variety explicit and visual.

An overarching theme that emerged over the course of the event involved establishing an ethics of the monstrous, and of its various representations in popular media. This is something the Monster Network will continue to work on in the coming years. Above all, the participants were thrilled to discover such a diverse network of kindred spirits, thinkers, artists, and monster enthusiasts. Delegates went away at the end of the conference with a great deal to think about, and as their posts on Twitter demonstrated, they found many ways to take the monstrous home with them.